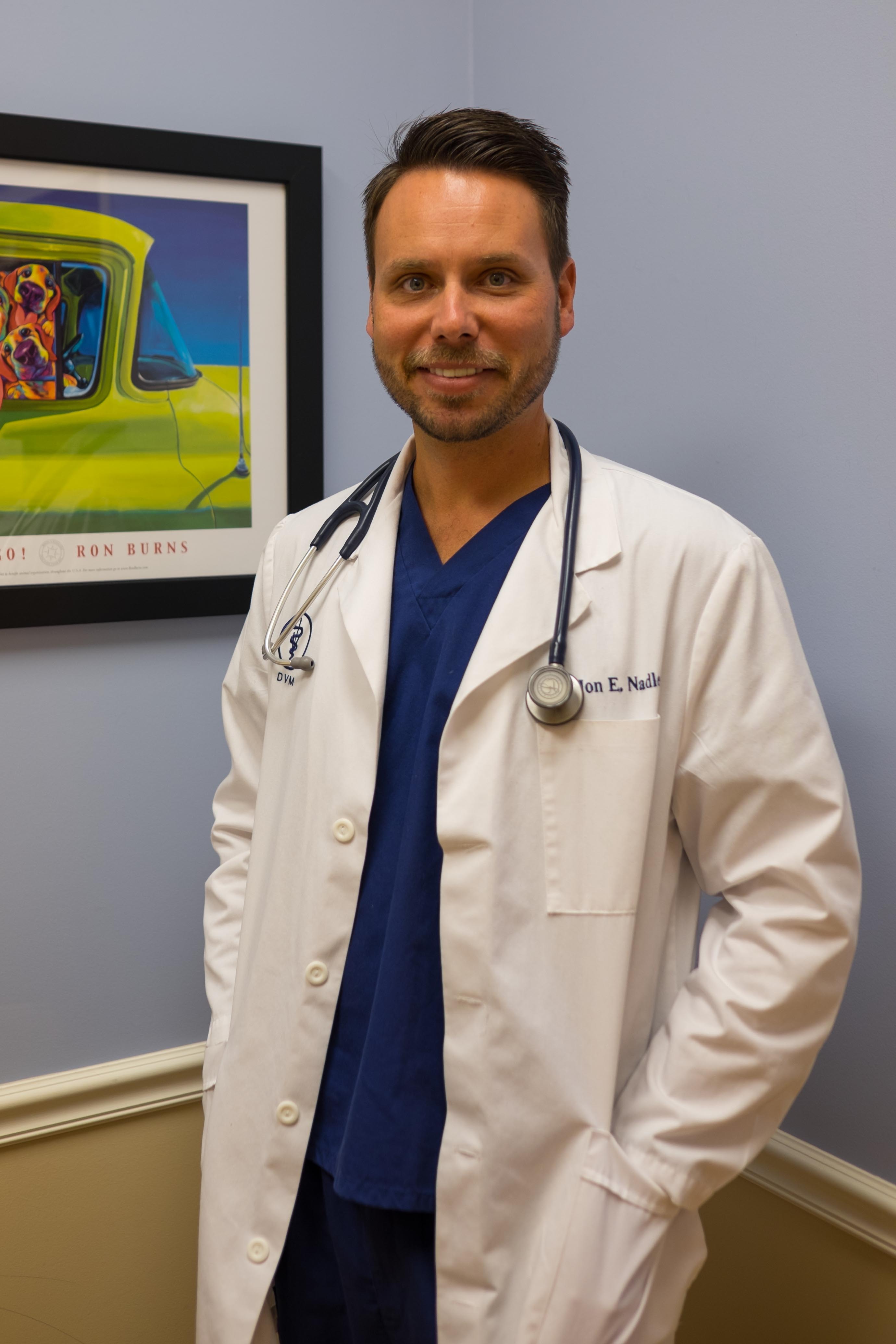 Dr. Nadler graduated from the University of Florida, College of Veterinary Medicine in 2002. After graduation, he married his girlfriend of 8 years and moved back to his hometown, Orlando, to begin working as a veterinarian. Dr. Nadler began as an associate in Oveido where he worked for 4 years. He then came to the West Orange Veterinary Hospital as a part time employee in early 2007. He became a partner on January 1, 2008.  Dr. Nadler has extensive knowledge in canine and feline surgery and medicine. He is a wonderful asset to our team!!! He and his wife Melissa welcomed their first child, Jackson, in April of 2006. During his time off, you can probably find him at “The Swamp” attending a Florida Gator football game, hacking his way through a local golf course, or on a boat trying to catch an elusive fish.